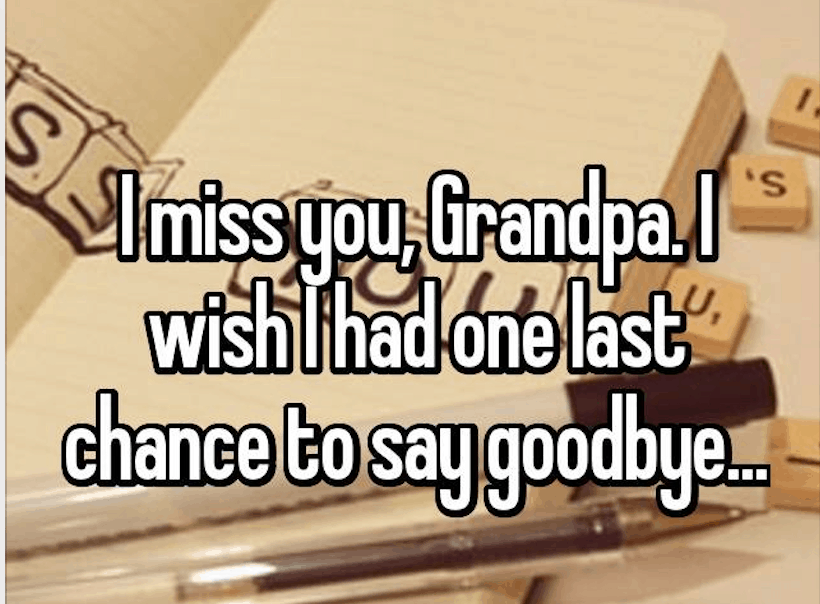 How to say goodbye to a beloved one during Corona Virus-times if you are not even allowed to say “Goodbye dear grandpa.” for real? My beloved grandpa passed away a few weeks ago. Not because of the Corona Virus, thank goodness, but because his body decided to give up. My grandpa was 94 years old and lived in pain for many many years. His body gave up a few years ago, but my grandpa’s mind was stronger. He somehow managed to survive every single time! He had enough reasons to fight for, such as his love for my grandma, and that is why he had the courage to not give up.

In this blogpost: Hide
How to say goodbye to a beloved one during Corona?
The Funeral
The ceremony was short, sad and awkward

But everything went faster than my grandma and I expected. Over one month ago my grandpa said to my grandma he no longer wanted to be on this planet. He was tired of life. On the other hand he did not wanted to leave yet, as my grandma would be left behind.
Unfortunately a few weeks ago his mind did catch up on his body and soon his organs started to slowly give up as well. He had water on the lungs, which resulted in a lung infection. Before the infection he already ate less and had started to clean out his closets. My grandma somehow knew it was time for him to go, but did not want accept it. She felt like it was too soon.
Then one night (the night before the Corona panic entered Belgium), grandpa lay in bed and got a heart attack in the middle of the night. My grandma had no idea this was happening, she thought he had a bad nightmare or couldn’t sleep. She tried to calm him down and they went back to sleep. The next morning he barely responded to her words, and he was not able to move his limbs. He did not feel like eating and could not speak.

My grandma panicked and called an ambulance to bring my grandpa to the nearest hospital. She had to wait several hours before knowing if her husband was doing okay. After about 5 hours, a nurse came to her and said Grandpa had to stay at the hospital. They said his body is ‘gone‘ and they would no longer use hospital appliances to keep him alive. He also had a cerebral hemorrhage at he hospital. My grandma’s world caved in as she knew this would bring bad news.

How to say goodbye to a beloved one during Corona?

Because of the Corona preventions, my grandma was not even allowed to be with him during or after his check-ups and was sent back to home. The next morning she received a call from the hospital saying that she needed to come as soon as possible. Grandpa was going to leave Earth and she had to say her last greetings now before it was too late. She could only be with him for 15 minutes, which were the longest and hardest minutes for my grandma. But how do you say goodbye to a beloved one during Corona if you are not allowed to do it in a proper way?

I was not allowed to join the last greeting because I am not a close relative (parents, kids, siblings). This meant I would never be able to see my grandpa for one last time. The hospital barely lets visitors in, to prevent spreading infections. I felt lost and clueless, and did not want to accept the fact that I could never see my grandpa again. My world felt like crashing down and tears rolled down my cheeks. This timing of the Corona Virus makes the situation even harder and sadder!

✝︎ Grandpa passed away the night of March 15th. There is no proper guide on “how to say goodbye to a beloved one during Corona”.

Belgium went in Lockdown during the time of my grandpa’s passing away, which made it difficult to arrange the funeral. The Corona preventions concerning gatherings make it harder to organise funerals, because the rules are temporarily changed:
I do understand why there are rules… But when it comes to emotional moments like these, you just need to be held or to hold hands. Giving support with your eyes is not the same, believe me! My heart broke when my grandma said some words to grandpa and started crying. I wanted to hold her and tell her everything would be alright, but I could not.
The day before the funeral, my grandma thought the provinces already had closed their borders, which meant we needed to show a proof of attending a funeral – if necessary. She first thought I would not be able to join the funeral because of it, which changed the situation. My boyfriend arranged that we received the attest, while I was in some kind of emotional-panick-modus.

The ceremony was short, sad and awkward

Before the funeral, my boyfriend and I were meeting my grandma at the crematorium. My parents would also be there, which felt pretty weird as I have not seen them in over a year. I had no need to talk to them. And I was here to support my grandma.
It was an emotional reunion with my grandma, but she was so happy to see me and told me how beautiful I have become. She made me feel shy, but I somehow knew she also meant grandpa would be proud.

My grandpa was cremated two days before the funeral. His ashes were scattered in the grass of the sprinkling meadow whilst playing his favorite song (a WWII love song). The five of us had to lay down roses on grandpa’s ashes, but my grandma could not do it. She was heartbroken and cried her heart out. I offered to do it for her to not let her go through more pain. It was killing me to see her going through so much pain, not being able to hold her.

You will probably not believe me when I say that all of it (from the crematorium to the sprinkling meadow) barely took 15 minutes. It was the shortest, saddest and most awkward funeral ever. My grandpa did not deserve to be ‘buried’ like this!

My parents drove back home and my boyfriend and I stayed a little longer with my grandma. We ate sandwiches at her place, but none of us felt hungry. We mostly talked about grandpa and him being a resistance fighter in the WWII. It was so sad to leave her behind in an empty apartment, clueless and hurt. I hope I can visit her soon! But right now the provinces have closed their borders, which actually happened once we arrived back home. Damn, did we got lucky!

My grandma is a strong woman. Thanks to her good care, my grandpa was able to walk around on this planet for 94,5 years. That is incredibly long!
I know he will watch over my grandma and protect her. Even though I was not able to share some last words with him, I do know he is with me in my thoughts. And I will make sure to be a strong woman to my grandma, to make sure she leads a happy life (once this painful loss has been processed). And since we were not able to say goodbye to a beloved one during Corona, I am planning to organize a proper Memorial Service to honor my grandpa once these Corona months are over.

Debbythechocoholic is your go to inspiration for easy to follow baking recipes, with mostly chocolate as main ingredient.